Previous product all products by Starter Next product 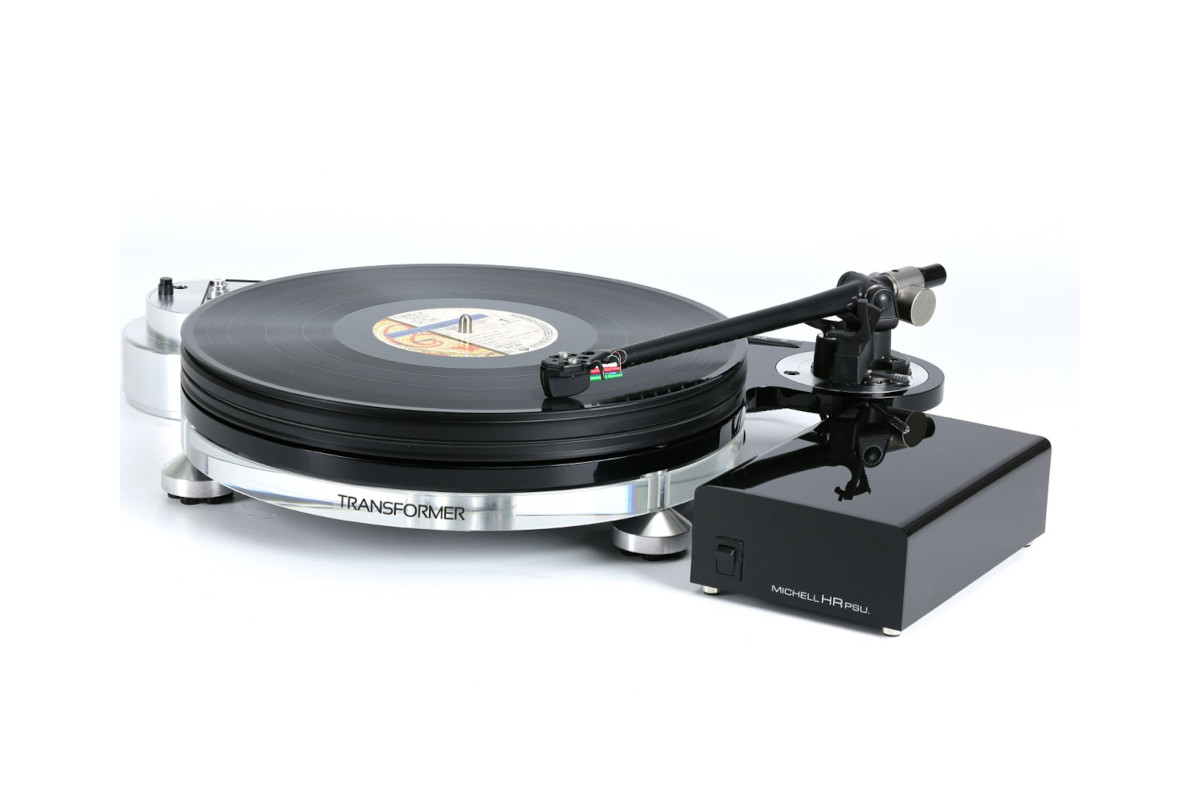 The Input Audio Transformer turntable is a further development of the Starter turntable! For this reason we have merged the data of the starter and upgrade features of the transformer!

The STARTER comes from one of the most traditional British record player manufacturers (Michell Engineering) and combines 45 years of tradition and experience in record player construction. It offers a solid and audiophile entry into the analogue music reproduction of the record in a comparatively moderate price range.

The STARTER is a belt-driven turntable drive, the construction of which is used consistently and without frills for optimal record playback. The STARTER already contains the core technologies of the larger Michell drives (GyroDec), which are essential for the quality of a turntable: the turntable bearing, the motor and its controls, the turntable and the tonearm.

With the "ProDisc", which stabilizes the drive, the H.R. Power supply (in "Never Connected" technology - see Trichord Research) and the TecnoArm from Michell Engineering, the sound quality of this entry-level drive, which is already very playful, can be increased a lot!

Structure of the drive:

The STARTER's chassis is only big enough to hold and support the turntable bearing with the turntable and the tonearm base in a stable manner. In order to offer as little contact surface as possible from the outside against acoustic vibrations and thus to keep the working area of ​​the turntable as quiet as possible, a physically very solid and as tight as possible substructure made of acrylic has been chosen, which gives the turntable an elegant, clear and modern shape. The acrylic base stands on three feet, which are vibrationally decoupled from the subsurface by means of Sorbothane buffers.

For trouble-free scanning of the record, it is important that the turntable bearing ensures smooth, even and vibration-free rotation of the turntable. The quality of this bearing is of crucial importance for the playback quality - it is, so to speak, the heart of every turntable. The STARTER bearing is an independent construction. It is an inverted bearing in which a ball rests on a vertical hardened steel shaft and is held in a bronze bushing that enables rotation. The bearing is designed so that the pivot point is above the center of gravity of the turntable - and exactly at the height of the drive belt. As a result, this system stabilizes itself in rotation and optimal smoothness is achieved. The oil is brought to independent and even circulation in the bearing through a spiral milling in the bushing and a hole in the vertical steel axis. This is a patented and long-proven construction that guarantees long-term trouble-free use of the turntable.

The motor of the STARTER turntable is housed in its own, heavy housing, which is placed in a suitable recess in the base plate next to the drive. It is a direct current motor, which is characterized by its reliability and smoothness. As an alternative to the external standard power pack, a so-called “Never Connected” (NC) power pack is available as an option. The NC power supply unit is decoupled from voltage fluctuations and interference voltages from the power supply system by means of a patented circuit. This enables the motor to work even more precisely and thus enables increased accuracy when scanning the record.

The turntable of the "Starter" is made of acetal 'c', called POM. This material is characterized by its homogeneity, rigidity, insensitivity to temperature (low expansion coefficient) and low resonance. It helps the sound of the record being played to have a neutral sound and the inconspicuousness of interfering noises that could provoke dust and scratches on the LP. A record clamp is available as an accessory, which presses the record onto the platter in the middle and thus ensures further mechanical stability.

On the basic version of the starter, a medium-weight tonearm from British OEM production is mounted, which has already proven itself a thousand times and which is well suited for the assembly of most cartridges. The quality of its bearings, torsional stiffness and freedom from resonance are also exceptionally good when measured against the price. In addition, there is also the option for the starter to mount an even better tonearm, the "Tecnoarm" from Michell Engineering. This tonearm is characterized by an internally damped tonearm tube with high-quality internal cabling. The tonearm tube is provided with holes on the underside to avoid cavity resonance. The "Tecnoarm" has very precisely tolerated pivot bearings and a special counterweight that places the center of gravity of the tonearm below its pivot point. This suppresses unwanted pendulum movements and increases the scanning accuracy. This tonearm is recommended if the sound quality is to be further increased in addition to the use of the NC power supply.

When choosing the right cartridge, you should consult your specialist dealer - and have the system built into the turntable. The pickup should be appropriate for the level of the drive.

Overall, the STARTER represents a well thought-out turntable in a moderate price category, in which decades of experience are reflected in high sound quality and which is tonally optimized in every detail. A solid and motivating introduction to the wonderful world of records!

From starter to transformer!

As a further development of the Starter turntable, I have developed a modification that decisively improves the sound and design of the entry-level model: the “ProDisc”.

The "ProDisc" fills the space between the platter feet and the black acrylic base of the drive with another level, which stabilizes the stability of the drive -, increases the mass of the drive - and optimizes the design.

The first listening test already showed a clear improvement in sound due to the additional level and horizontal stabilization of the drive feet. Since the larger power supply, higher quality tonearms and pickups offer multiple possibilities for improvement on this basis, I have given this evolutionary stage of the starter a new name:

The name Transformer symbolizes the metamorphosis and the versatile possibilities of the further development of this turntable drive.

Quote: "Will reward its future owner with a lot, a lot of music for little money." FIDELITY MAGAZINE 1/2018

Made from an acrylic plate precisely manufactured by means of a CNC milling machine, the ProDisc also significantly enhances the visual appearance of the drive. We can now offer you the "ProDisc" for modification. The starter thus becomes the transformer, a drive which, thanks to the improved scanning reliability, reaches a significantly higher level. The assembly is very simple: The acrylic plate is screwed under the drive plate using the plate-like feet. The pins for the feet and the bearing bush are precisely fitted into the corresponding holes in the plate. The RRP for the “ProDisc” is € 350

This makes the turntable sound “more grown-up” - the tones are firmer, the whole sound image more stable and the bass reproduction is cleaner and more powerful.
You have to be logged in and must have bought this product to write a review.