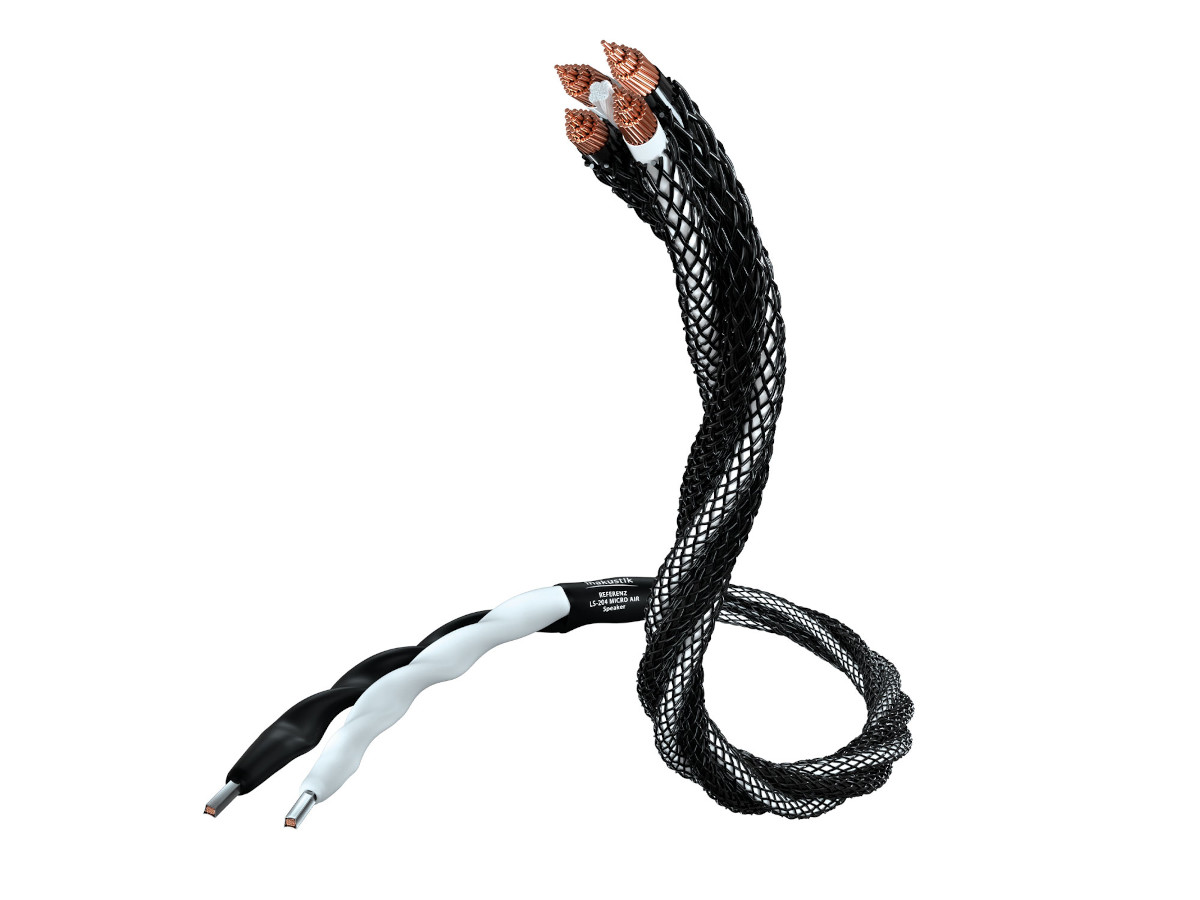 Like the flagship model, the LS-204 is also based on MICRO AIR technology. The difference lies in the multicore architecture. Compared to the XL version, the LS-204 has four instead of six concentric copper wires. This impressively agile cable was primarily developed for slim floor-standing speakers with smaller bass drivers. The REFERENCE LS-204 MICRO AIR is available as Single-Wire and Single-BiWire version with BFA Bananas or cable lugs or as Easy-Plug version.

A loudspeaker cable must transport energy and information in equal measure. Loudspeakers can also be moody little beasts, with a very dynamic electrical life of their own. They behave differently for every tone and volume and have to be constantly kept in check by the amplifier. This means the signal on a loudspeaker cable is a jumble of tiny to huge levels, alternating current and voltage of different frequencies and phase lengths. To faithfully transmit the extremely fine details that define sound and space and lend emotion to the music, the cable has to metaphorically keep the speaker on as tight a leash as possible to the amplifier. These beasts can be tamed by applying physical laws, using the right materials, and an appropriate cable architecture.