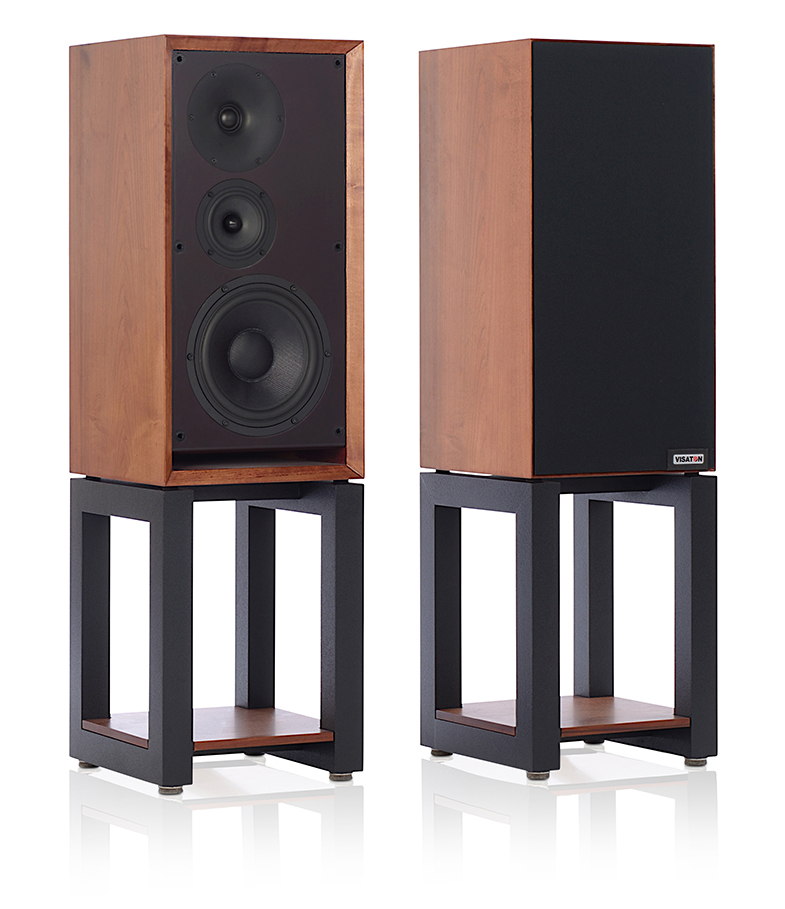 Let's go back to the 1970s in the UK to the creation of the legendary BBC monitors and the larger speaker models for home use. This was a time when listening to music still involved good old vinyl records and was a pleasure to be enjoyed. Our aim in producing the NIMROD was to revive this feeling from the past.

The visual appearance was, therefore, clearly predefined. In terms of acoustics, however, we have used such state-of-the-art drivers as the highly praised B 100 - 6 Ohm to achieve the best possible results. This is also the reason why we opted for the G 25 FFL - 8 Ohm fabric dome tweeter, equipped with a waveguide and meticulously adapted to the radiation characteristics of the B 100 - 6 Ohm. The off-centre positioning of the medium to high-frequency unit further optimises the radiation pattern and is unusual for loudspeakers of this type. The bass foundation and with it the much appreciated mellow aspect of the British models is accounted for by the GF 200 - 2 x 4 Ohm woofer.
But how did the name NIMROD come about? NIMROD is the 9th variation of the orchestral work entitled "Enigma" by the British composer Edward Elgar, which was dedicated to one of his closest friends, the German August Jaeger. The name is a play on words, as the biblical Nimrod was a great hunter, and the German word "Jaeger" means "hunter", and reflects an episode that happened between these two great friends. At the end of the 19th century, Elgar was in a depressed state, "very ill at heart with music", and was considering giving up composing. His friend, August Jaeger, tried to cheer him up by reminding him that Ludwig van Beethoven, despite serious worries, continued to write fascinating pieces of music. This led to the first bars of NIMROD and to Elgar continuing to compose music.

This British-German friendship through music was the decisive factor in the naming of the NIMROD and also shows our long-standing connection to British colleagues and friends, which we would like to celebrate with the Nimrod.
What does the NIMROD sound like? One might be tempted to describe it as the perfect British-German combination. On the one hand, you have the mellifluous, room-filling sound of the British loudspeakers from times gone by, but on the other hand, you also have the high-grade precision of modern German engineering. Not too much of either, but not too little, either.

The kit includes all the components listed here but not the cabinet: